Amber is an organic substance – a fossilized resin of the trees that lived in average about 30 to 60 million years ago. Most amber is less than 70 million years old, but some types are over 100 million years old. The oldest amber ever found is estimated to be about 320 million years. The trees that originally produced the sap were usually conifers, but some angiosperms also exuded sap that was converted to amber. The color of amber varies from warm and glowing honey to orange, reddish-brown, green and even blue. Sometimes amber contains inclusions – remnants of plants or insects – such specimens are especially valuable and intriguing. Wouldn’t it be fascinating to go back in time and see what these little tears of the Sun had once reflected on?

People have long been attracted by the amber’s beauty. A wedge-shaped piece was found in a 10,000-year-old burial site in Denmark. Last century, amber was melted down to produce high-quality lacquers and varnishes. Amber is not a mineral, but in many cultures, it is classed as the precious stones for use in jewelry. Its hardness is between 2 and 2.5 on the Mohs scale. Amber is generally cut into cabochons and is rarely faceted because of its softness. It is so soft that it can be easily cut with a knife. It is also very light. Amber will float on sea water, which is heavier than fresh water. Amber is usually mined along the seashores. However, during the millions of years since its formation, some amber beds were moved by the sea currents and drifting glaciers. In other places, the sea itself retreated leaving amber deposits on land far from the water. 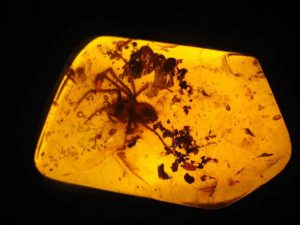 As old, hardened tree sap, amber can be thought of as a fossil, but the most widely recognized fossils associated with amber are the insects and other small animals that occasionally became trapped in the sap while it was still viscous. The vast majority of amber fossils are insects, but other organisms, such as spiders, centipedes, and even birds and small lizards, are found preserved in this way. An animal trapped in amber is preserved in exquisite detail, unparalleled by other forms of fossil preservation. Usually, even microscopic hairs of insects are faithfully preserved without any crashing or distortion. Without the amber fossils of insects and spiders, little would be known about the evolutionary history of either group.

The word ‘amber’ comes from the Middle Persian word ‘ambar’. It was initially used to depict a solidified waxy substance produced in the digestive system of sperm whales called ambergris. Ambergris was used in the production of fragrances. During the 14th century, amber and ambergris were often mistaken for each other because both could be found washed up on the beach shores. Thus, the use of the term amber shifted from reference to ambergris to the gemstone. In ancient Greece, amber was called “electron“, from which the word “electric” comes, since it becomes statically charged when rubbed with a cloth.

Common imitation and falsification of amber

Amber, including specimens with the insects trapped inside, can be easily faked using living insects and synthetic substitute.

At present, there are about 200 amber deposits in the world and the new ones are being discovered every year. Amber is found on all continents, except Antarctica. Also, over 280 varieties of amber are known.
The largest and richest region of amber mining is the Baltic region. It includes Germany, Poland, Russia, Lithuania, Latvia, Estonia, Finland, Sweden, and Denmark. The Baltic Amber comes from the mid-Paleogene period. It was formed 50 – 45 million years ago from the resin of the ancient ancestor of a pine tree called Pinus Succinifera. 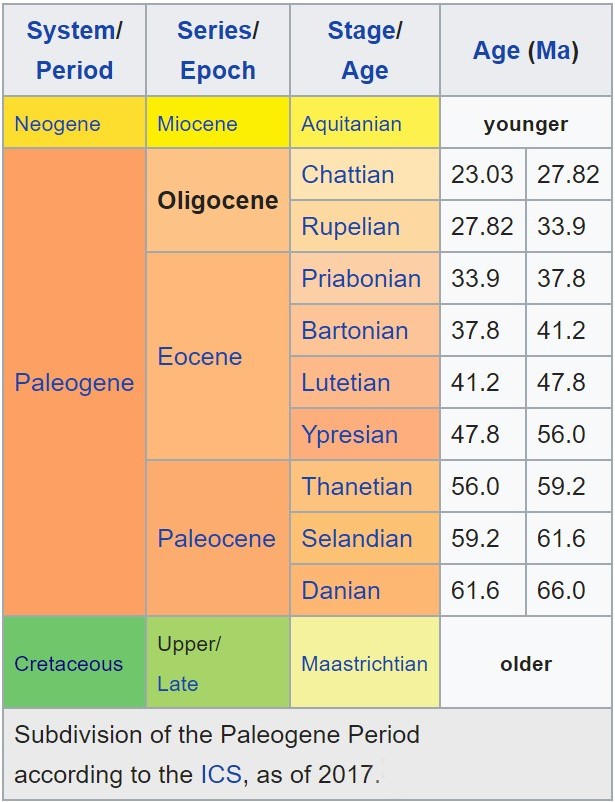 Baltic amber contains a significant amount (3% – 8%) of succinic acid and therefore is also called succinite. Succinic acid can be thought of like a natural Ibuprofen as it helps to relieve pain.

The oldest amber of Cretaceous period and the largest nuggets of it come from Southeastern Asia. Northern Myanmar (former Burma) is the only commercially exploited deposit in the world that delivers over 100 million years old amber. Burmese amber or burmite has been used by Chinese for at least two millennia primarily in carvings. The deposits in the Hukawng Valley in the northern state of Kachin in Myanmar are productive: between 1898 and 1940, an estimated 83 tons were exported. Burmite mining lapsed in 1947 and resumed only in the late 1990s. Some pieces of amber in these deposits are very large. The 15 kg (33 lb) chunk found in Myanmar was displayed in the Natural History Museum, London. Burmese amber is harder than Baltic. Its colors vary from a transparent yellow to a deep red. However, the greatest value of Burmite is its scientific mean. Just recently, a 100-million-year-old piece of amber was found with an inclusion of the head, neck, wing, tail, and feet of a little bird. The hatchling was just a few days old when it fell into a pool of resin.

Another big and interesting deposit of amber is located in the Dominican Republic. The Dominican amber is one of the youngest of known deposits. It dates from Oligocene to Miocene epochs meaning 25 to 15 million years ago.

The unique feature of the Dominican amber is its rare blue coloration, which is fluorescent. Besides Dominican Republic, a smaller production of fluorescent blue amber is found in Indonesia and Mexico. This amber, also known as retinite, comes from the resin of the extinct tree species Hymenaea protera. It contains little or no succinic acid. The blue color of Dominican amber is caused by UV-stimulated fluorescence.

Since I described a process of treating copal and natural amber to the green color, I’d like to tell you about some deposits of naturally green amber, which are rare. Sometimes, Dominican amber is found in green shades rather than blue.

Sicilian amber or simetite comes in yellow, red, blue or green varieties. Semitite originates from the resin of a tree related to Burseraceae protium, which is an angiosperm, rather than a conifer. Sicilian amber contains succinic acid, but in smaller amounts than Baltic amber. By age, semitite is closer to retinite rather than succinite as it belongs to Oligocene – Miocene epochs, and like Dominican amber, green and blue shades exhibited by Sicilian amber are fluorescent.

The American Museum of Natural History reports in their 2010 newsletters on a new amber deposit discovered in Ethiopia. While the discovery is recent, the amber found in this location was 95 million years old. This Ethiopian amber was born in the Cretaceous Period. This is the first major discovery of its kind that offers scientists a peek into ancient Africa. Some lumps of Ethiopian amber are unique due to the rich green colors it produces naturally.

If you find this material interesting, please leave your comment below and check back to my website weekly. This site is new, and I have a lot more to tell you about amber and other organic gems and minerals.

There are several beautiful myths and legends related to amber. There is also a true and mysterious story of the disappearance of the entire Amber Room from the Tsar’s Palace in Russia.

I will also teach you how to take care of your amber jewelry. I’ll touch more on the medical use and healing properties of a succinic acid, and reveal the beliefs on the powers of amber as a whole.

So, please leave your questions and comments below, and come back soon.